This site is best viewed on a tablet, laptop or larger screen.
You can also keep your phone horizontal for more information / options 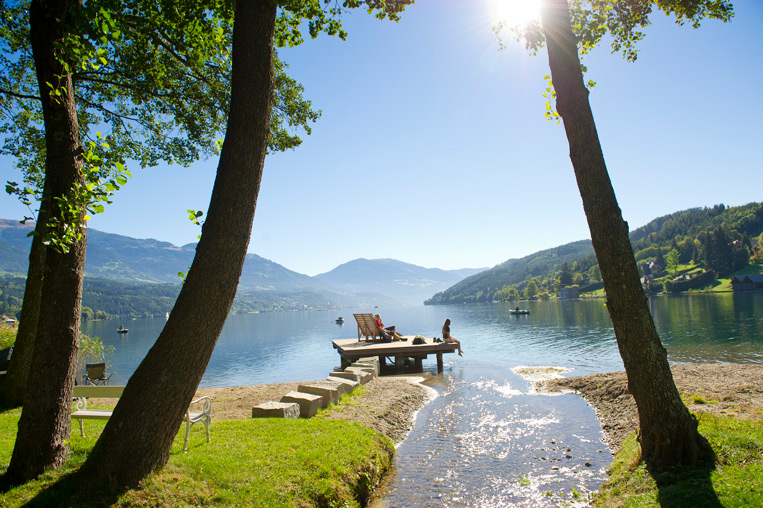 You will find a large number of small and large towns around the Millstättersee. The largest villages are largely dependent on tourism for their income. These villages include Millstatt, Seeboden and Döbriach. Matzelsdorf is a smaller village, which is certainly worth a visit.

Millstatt for culture and relaxation

Millstatt is one of the places around the Millstättersee with the most historical and cultural value. In the middle of Millstatt you will find a Benedictine abbey which was founded in the 11th century. This monastery church has many art treasures from different periods. During the Millstätter Musikwochen many concerts are given in this church, often accompanied by a lot of organ playing. The monastery at the church now houses a museum, where you can see many religious works of art. However, most tourists visit Millstatt due to its status as a seaside resort. Millstatt is located on the sunny northern shore of the Millstättersee. Bathing and water sports are very pleasant here. Millstatt is also well known as a health resort. Enough reason to visit Millstatt! The small village of Matzeldorf is also part of the municipality of Millstatt. Seeboden, back in the Middle Ages

Seeboden is located west of the Millstätter See. The town is easily accessible via the highway. The village is home to many museums, including a fishing museum and an open-air museum. A must in Seeboden is the castle ruin Sommeregg. This ruin is located a few kilometers north of the town of Seeboden on a raised surface.

The castle also includes a torture museum. With its 400 square meters, this museum is the largest of its kind. Here you will find truthful documents and torture objects from the Middle Ages. A special tip if you want to visit the castle ruin Sommeregg are the medieval tournaments. These medieval tournaments are accompanied by a large market and are held every August. With this spectacle you are completely back in the Middle Ages! Döbriach, the gateway to the 'Nockberge' park

Döbriach is located on the Milstätter See. The village center of the town houses many cozy guesthouses and restaurants. The village has many tourist facilities. Here you can bathe in the lake or relax at one of the five public beach pools on the lake. There is also a swimming pool on the lake. Due to its location, Döbriach is also seen as the gateway to the "Nockberge" National Park The Nockberge National Park is a low mountain range with round mountain peaks. This mountain range is a very valuable cultural landscape because of the centuries of traditional agriculture. The Nockberge is an ideal hiking area with its meadows, specific mountain vegetation, the deep blue card lakes and round mountain peaks. When the alpine rose is in bloom, the pastures look like a red sea of ​​flowers. The park has something to offer for everyone. Whether you want to climb peaks, take hikes or learn something on one of the many forest learning trails, it is all possible. 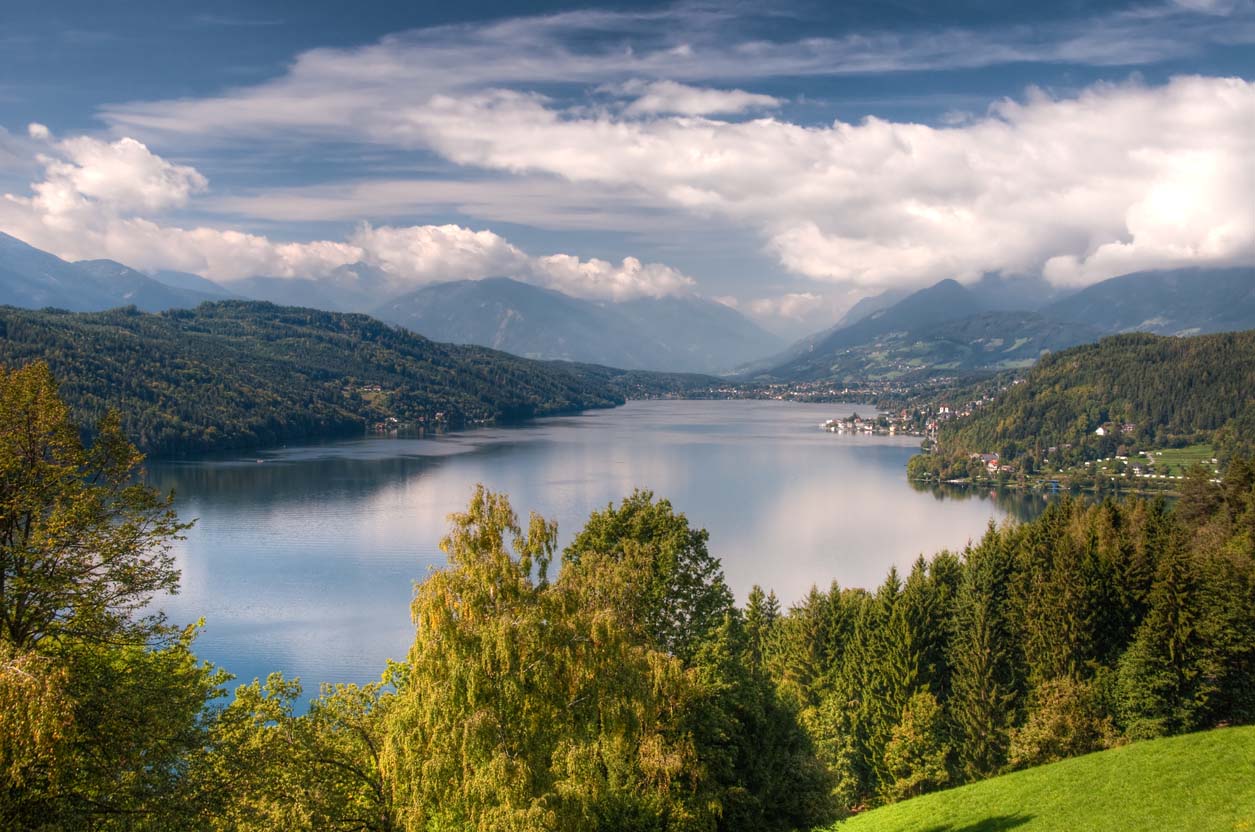 Andreas with a group. Gave an average of 8.7

Gert Jan and Ria, couple. Gave an average of 10

Dear family, We had a very nice week in your beautiful, clean and spacious home. Lots of privacy and a great view! lots of ways to do nice things. The Nockenpas was lovely too and even made a trip to Italy. We would love to come back next year to discover a lot more, but then 2 weeks. A warm greeting from GertJan and Ria and thank you for letting us stay in your wonderful home. ps; We saw a deer nearby the house, very nice.

Angelika Schröder with the family. Gave an average of 10

A great view of the lake. The ideal house for our extended family with a baby. The key handover worked without any problems, despite a slight delay due to traffic jams.

Paulien with two families. Gave an average of 10

As a family (two families) had a wonderful week in Haus Brunner. A beautiful view! The house is spacious and fully equipped. It was clean and the space around the house is (especially if you have children) wonderful. So there is always a shade/sun spot. There was even a trampoline. You can even close off part of the terrace with a mobile gate. The washing machine and dishwasher are a big plus. Just like the location, a short distance by car to the lake, but everything is a 2-minute drive away, including the supermarket. We enjoyed it immensely and would like to thank the Eenkhoorn family for allowing us to use their home!

Nice house: well furnished, good bed, kitchen with everything you need. We had a nice stay.

Family Voorhorst. Gave an average of 9

Haus Brunner is a very complete and neat house in a fantastic location. We enjoyed the house, the view and the beautiful surroundings for 2 weeks